On Thursday 12 November the Dutch Tech Campus in Zoetermeer was opened in festive style by the mayor, Charlie Aptroot. This marked the official start of the further development of the existing campus into an inspirational working environment, bringing ICT, technology and logistics together in one place.

The day began with a mini festival for the 1000 employees on the Dutch Tech Campus, complete with food trucks, drinks and braziers. Mayor Charlie Aptroot and the alderman responsible for Economic Affairs Mariette van Leeuwen then conducted the official opening in the Dutch Flavours brasserie on the Dutch Tech Campus, which had been specially transformed into a sparkling events venue. Following an excellent speech, the campus was symbolically opened with the press of a button, after which, following a loud bang from the confetti cannon, a curtain fell and an impressive film made by the Zoetermeer-based company Saproco was shown on a huge screen.

The entire campus was beautifully lit, both inside and outside, to create an atmospheric, futuristic ambiance. The evening, with a walking dinner, delicious snacks and swinging music by DJ Charles and saxophonist, was a huge success. 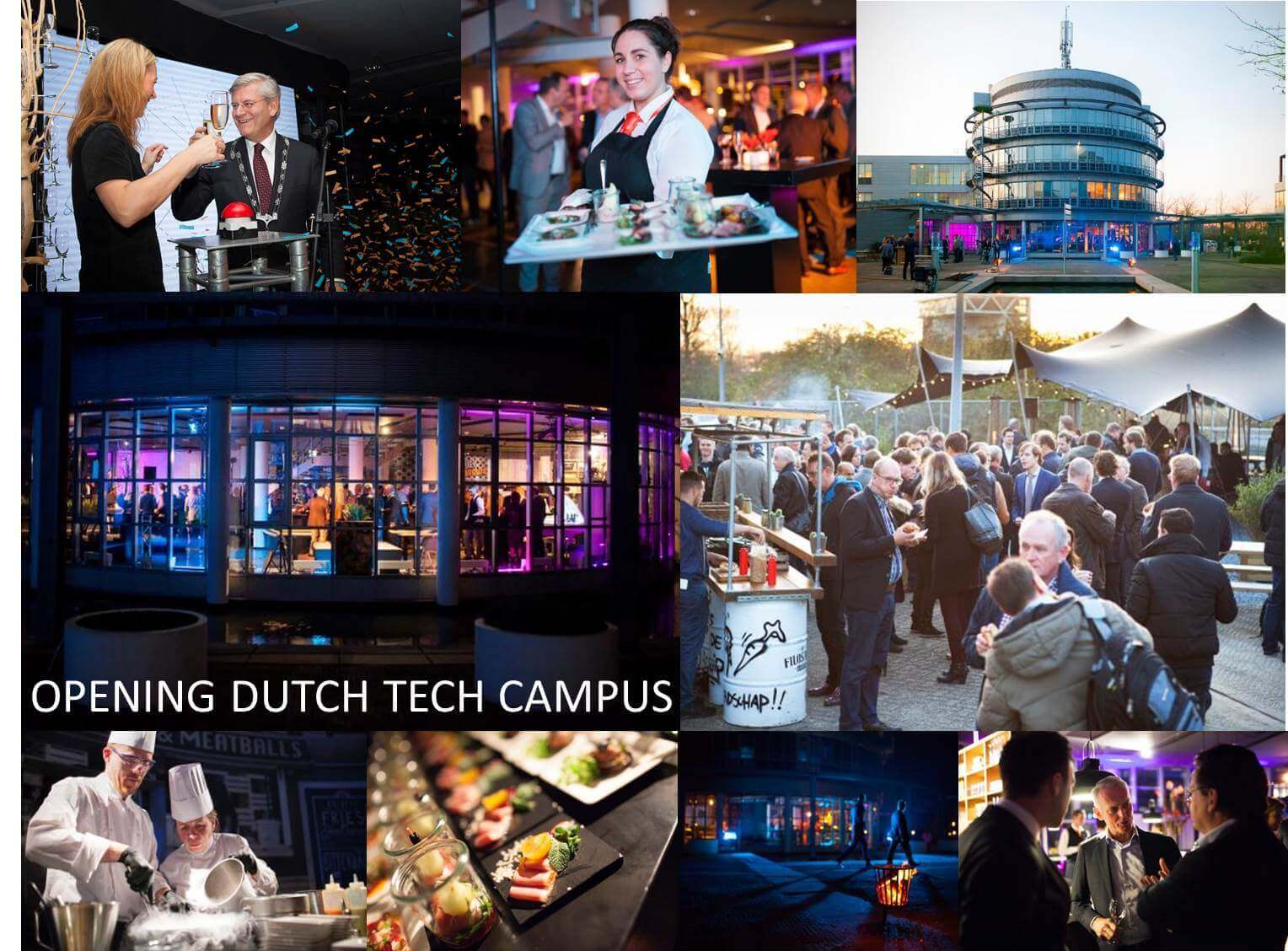 On 1 July PingProperties concluded a financing agreement with ABN AMRO for its Light Industrial portfolio, comprising buildings totalling around 16,500 m2. This finance will be used, amongst other things, for intensive sustainability improvements in energy consumption at two Bob Autowas branches in Ridderkerk and Amsterdam Noord.

Along with the SBM Offshore office at Karel Doormanweg 66 in Schiedam acquired last March, PingProperties is now acquiring the adjacent building at Karel Doormanweg 48, which also accommodates SBM Offshore. Thanks to this addition, the entire complex now comprises 11,075 m2 LFA and 222 parking spaces. The aim is to redevelop the buildings to make them sustainable and future-proof, so that they fully meet the requirements of today and the future.