PingProperties recently renewed the lease with Burger King Restaurants B.V. by 7.5 years for the Burger King restaurant at ’s-Gravelandseweg in Schiedam. The lease will continue until 2034 and is for a lettable floor area of 620 m2.

At the same time, Burger King has invested heavily in the location by completely refurbishing the interior in line with its new concept. The exterior has also been refreshed in cooperation with PingProperties. This work, as well as replacing all the lighting with LED, has significantly improved the building’s sustainability. By renewing the lease, Burger King has committed itself for the long term to this rapidly developing area in Schiedam.

About Burger King
Burger King is an international chain of fast food restaurants. The first BURGER KING® restaurant was opened in 1954 in Miami, Florida, and in 1957 the Whopper made its entrance in the United States. Burger King has been established in Europe since 1975 and today some 2.1 billion Whoppers are sold each year. Since 2010 Burger King has been part of 3G Capital, an international financial group that focuses on long-term, sustainable growth. There are now more than sixty Burger King outlets in the Netherlands. The company has robust growth ambitions and is constantly seeking suitable locations to open new Burger King restaurants, both in existing buildings in city and town centres and in new developments outside these centres. 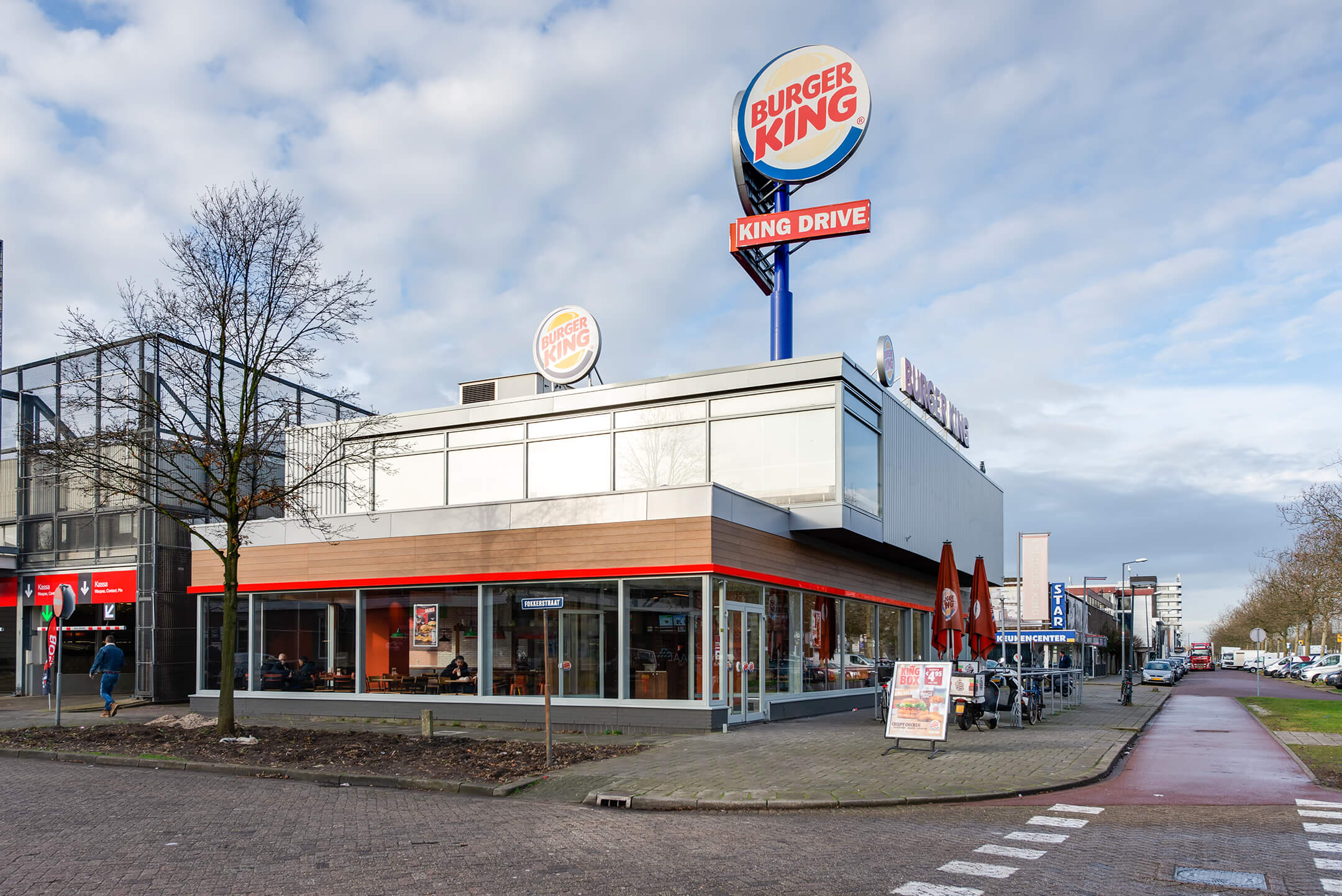 The environmental permit for ROC Rijn IJssel to develop a new campus at Velperweg 76 in Arnhem has now become irrevocable, and so building work can now get underway. A sustainable campus will be developed on the site, where various clusters will be grouped together at a central location. The construction of the campus is part of a large-scale urban redevelopment of the former monofunctional AkzoNobel/ENKA site into a multifunctional area combining homes, work and education. The ROC Rijn IJssel campus is expected to be fully operational after the summer of 2021 and is being developed in close collaboration with PingProperties.

PingProperties has changed the share structure of the fund for Dutch Tech Campus, Zoetermeer. The change means that shareholder PingInvestors is increasing its interest as investor and Time Equities is joining as a new investor. The shares have been acquired from two withdrawing investment partners, so that each investor now has a 50% interest.

PingProperties recently signed long-term leases with Tulp Educatie and Stichting ASVZ for the Eudokiaplein office and retail complex in Rotterdam. The leases are for a total lettable floor area of 400 sqm. The arrival of both new lessees ties in well with PingProperties’ ambition to bring together lessees in the care and welfare sector at Eudokiaplein for the long term.